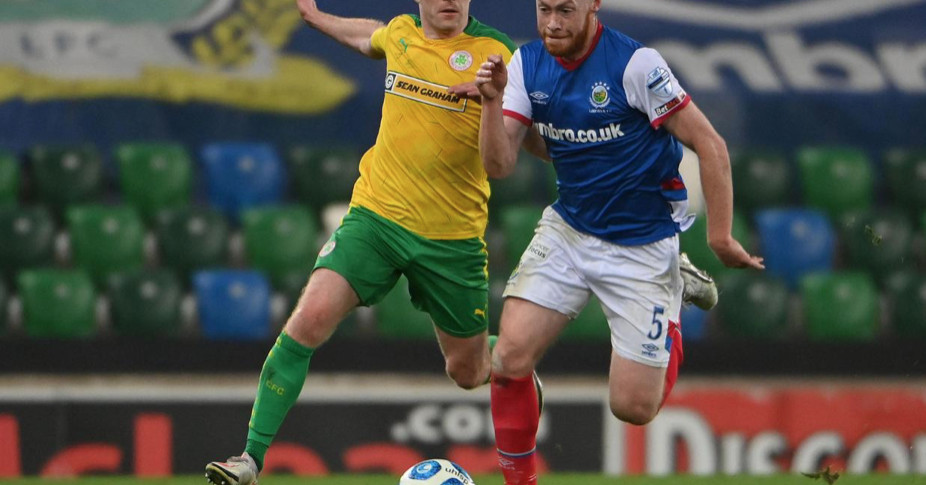 And then there were three?

It looks like a three-way battle for the Danske Bank Premiership title after last weekend’s string of results.

Linfield, Glentoran and Cliftonville pulled away, although Belfast’s other club Crusaders would hang on to the tails of the top three as they won their game in hand.

But despite the disappearance of the main provincial challenge, another intriguing program awaits fans this Tuesday evening. And things could still get tighter at the top.

Cliftonville, whose determination and collective continue to see them punch above their weight, could upset Linfield who goes to Solitude. The Blues, only a solitary league loss this season and still dependent on Christy Manzinga to carry the goal threat, look light up front, but there is no better Premiership team to deliver results. Chasing a fourth title in a row, they are still the team to beat.

But a win for Cliftonville would take The Reds within 2 points of the vertex. In three games this season, there has never been more than one goal between the teams and I did not expect that to change on Tuesday night.

Cliftonville’s home form had been perfect until recent setbacks against Crusaders and Glentoran. They were below par in the North Belfast derby but probably felt they had done enough to split the spoils against an inspired glens.

It is Glentoran who seem to be the team with the wind in their sails, despite losing on New Years Day to struggling Larne. They have the complexion of a team maturing and growing after two thrilling and dramatic wins in North Belfast last week, each captured on television.

The Oval men have shown Seaview they can win without Jay Donnelly in the side. It had been a question mark, with even Glenmen asking where they would be this season without the 26-year-old’s phenomenal goalscoring tally. But they found a way, with Conor McMenamin’s return to the side providing much of the inspiration.

The troubled autumn period is consigned to history as Glentoran prepares for a visit from a Coleraine side hoping to regain their early season form. The Bannsiders’ 3-0 loss to Carrick at the weekend was their first league win in more than two months, a poor run that saw them hit the net just twice in seven Premiership games.

And this is the problem of the men of Oran Kearney. Kearney will be keen to add some firepower during this January window to take the pressure off the team’s most creative element, Jamie Glackin. They still play a great brand of football, but there is a growing sense of “Keep Glackin silent and you keep Coleraine empty”.

Still, there is one nut that Glentoran has yet to crack this season and Coleraine, who already left the Belfast venue with a 2-2 draw in October, will take heart.

The top-six win has yet to materialize. They may have few peers when it comes to road games, but that draw with Coleraine is the only point collected at home against a team in the top half of the league.

Crusaders, Linfield and Larne all came to The Oval, scored three times apiece and came away with the points. That needs to change fairly quickly, if not immediately, if Mick McDermott’s men are to retain title aspirations which, to be fair, seem very real.

Elsewhere, the Crusaders will be tested at Shamrock Park by Portadown without a manager, with each side desperate for points for different reasons.

Larne should help their cause and that of Portadown by beating basement club Warrenpoint Town at Milltown. To do this, the Invermen must score their first league goal since New Year’s Day and the arrival of record holder Lee Bonis, who will be keen to do his former club a favor.

Gary Hamilton’s Glenavon host Dungannon Swifts, one place behind them in ninth, while resurgent Ballymena United will seek a fifth away win of the season at Carrick Rangers, winless in their last eight home games.

The omens, however, could favor the Rangers. the braiders were the last visiting team to lose at Carrick the first weekend in October.

Raise your hand: An outfield player will play as a goalkeeper at the Africa Cup | Professional

Are payday loans a bad idea?