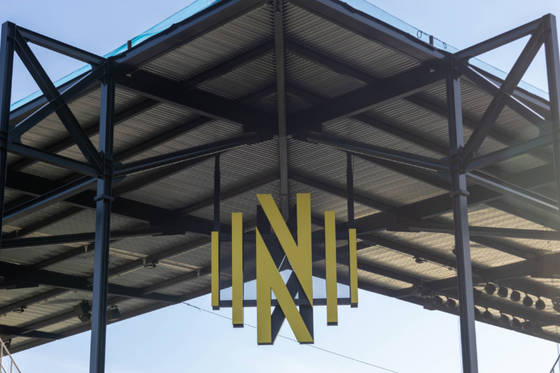 By Clement Lisi – NEW YORK, NY (February 22, 2022) American Football Players – Season 27 of the MLS era officially begins this Saturday with a packed schedule of games. It begins with the Philadelphia Union hosting Minnesota United at 1 p.m. ET, the first of 14 games this weekend to kick off the 2022 season. It also includes Charlotte FC visiting DC United for its first-ever game Saturday at 6 p.m. pm ET. New York City FC begins its title defense on the road Sunday at 5 p.m. ET against the LA Galaxy.

These games are the start of a nine-month marathon of matches that will, as always, include many intriguing storylines. The World Cup, which kicks off in November, has forced an early start to the MLS season. As a result, the MLS Cup Final will take place on November 5, a month before last season’s league game which saw NYCFC defeat the Portland Timbers on penalties. With that, here are 22 scenarios to watch in MLS this season:

1.Charlotte FC is playing its inaugural season
Another year, another expanding side. All eyes will be on Charlotte FC as they join the Eastern Conference and try to compete for a playoff spot in their debut season. While there’s a tendency to set high standards, we saw late last year with Austin what can happen when things don’t work out on schedule.

2. New York City FC looking to repeat
The Columbus Crew won the MLS Cup in 2020 and failed to qualify for the playoffs last season. That’s how unpredictable MLS can be. NYCFC will seek to avoid that fate, although repeating as champions is no easy task. The last time it happened was ten years ago.

3. Designated Players are looking to make an impact
Some big names are entering the league, from Lorenzo Insigne at Toronto FC to Douglas Costa at the Los Angeles Galaxy, and it will be fun to see if these stars can make an impact quickly. Teams rebuilding around elite talent aren’t new, but there are so many examples this season that some of them just won’t work.

4. Jozy Altidore reunites with Bruce Arena
Altidore left Toronto for the New England Revolution to join the best regular season team in the East. The 32-year-old striker still has a lot to offer and could flourish under Bruce Arena, who coached Altidore at New York Red Bulls and USMNT.

5. New stadiums enter the scene
Ten new stadiums have been built for MLS clubs since 2017. Charlotte FC will play at Bank of America Stadium, home of the NFL Panthers and borrowing from the model of Seattle and Atlanta. Meanwhile, Nashville SC will open the 30,000-seat Nashville Fairgrounds Stadium, the largest dedicated football venue in MLS.

6. Bob Bradley seeks to transform Toronto FC
After briefly setting the LAFC regular season points record, Bradley will take over as coach and sporting director of Toronto FC. A three-time MLS Coach of the Year, Bradley has the know-how and experience to turn Toronto around under tight deadlines.

7. American players seem to be having a very good year
Part of Major League Soccer’s initial focus was the development of American players. That continues this season with several young Americans looking to take the next step. Some players to watch this season include San Jose Earthquakes forward Cade Cowell, New York Red Bulls defenseman John Tolkin and DC United midfielder Moses Nyeman.

8. Stadium attendance will explode
This will be the first season since 2019 where pandemic restrictions are not likely to result in attendance limits. That’s a big difference for the atmosphere, not to mention the revenue.

9. TV ratings will also improve
Due to the league’s overall growth, the ratings are also expected to improve. Last year’s MLS Cup qualifiers saw an uptick, but it’s the general interest across the sport that could lift the league. This year is, after all, a World Cup year and this tournament has the ability to attract even casual fans to watch more football.

10. Score will increase
The offensive firepower in this league is impressive. Between new Designated Players entering the league and forwards already plying their trade in MLS, expect more offense this season.

11. The All-Star Game is coming to Minnesota
On August 10, the best players in the league will face a team that has yet to be named. The hope is that this will be the second edition of MLS vs Liga MX with the skill contest. Ethan Horvath’s heroism last season changed the scope of the All-Star Game for the better.

12. Rivalry Week Will Heat Things Up Again
This is another one of those annual traditions that rarely disappoints. From July 8-17, there will be national broadcasts of some of the top rivalries such as Galaxy vs. LAFC on July 8 and Seattle vs. Portland the following day. As for MLS forcing some of these “rivalries,” that is also part of the lore.

13. Make Decision Day Count
Given how tight the teams have been in terms of talent, expect more fireworks to close out the season. While it may not be a dramatic final day at the top of the Western Conference like last season, there’s no reason to think there will be a sharp split in the roster between playoff clubs. playoffs and all the others.

15. Previous MLS Cup
Although it is becoming increasingly difficult to predict the weather, an earlier MLS cut is expected to decrease the likelihood of cold conditions. It depends on who hosts, and the ground didn’t help Portland last season.

16. It’s time for Inter Miami CF to get competitive
After entering the league in 2020, Inter Miami’s growth and potential was partially stymied by the outbreak of COVID-19. The team finished 11th last season, shy of a playoff spot. This is the year this club, recent winners of the pre-season Carolina Challenge Cup, must turn the tide or risk an even more substantial overhaul.

17. The Colorado Rapids are no surprise
The Rapids had a busy winter in an effort to bolster a roster that helped the team finish first in the Western Conference ahead of several playoff moves. The signing of Bryan Acosta could spark an attack that has stalled at times in 2021.

18. Cincinnati FC and Houston Dynamo are looking to improve
While both teams remain under construction, anything is better than another last place finish. Cincinnati and Houston have made substantial changes with new coaches and different approaches for 2022.

19. Two of the three Canadian teams will make the playoffs
Toronto is the team with the most to lose this season, putting money and faith into their turnaround. Vancouver surprised under an interim coach in 2021, facing another season where they are a known threat. That leaves Montreal, missing the playoffs last season, but remaining in contention for a season-ending berth.

20. Lots of new coaches to watch
The coaching carousel continues with six teams making new signings. In addition to Bradley at Toronto, watch what former USMNT defender Steve Cherundolo at LAFC and former MLS Ezra Hendrickson at Chicago Fire are up to this season.

21. Walker Zimmerman will continue to be the best defenseman in the league
The Nashville SC centre-back has been exceptional in both MLS and the USMNT. Named the league’s Defender of the Year in 2022 and 21, the 28-year-old Zimmerman is making a difference.

22. MLS will continue to produce USMNT talent
Speaking of MLS players who have made a difference for the United States, expect that to continue this season. The United States will attempt to book their ticket to Qatar next month, leaving plenty of league games for MLS players to show they belong.

Clemente Lisi is a regular contributor to US Soccer Players. He is also the author of A History of the World Cup: 1930-2018.